The restored family farm, established in 1868, now features an organic apple orchard as well as a small food production facility.

Your host Hardi manages the organic orchard, is in charge of the production and takes care of just about every other job on the farm.

Your hostess Külli welcomes guests and is also in charge of sales & marketing.

The family dog Sherlock announces all visitors, assists in the orchard and does anything else he’s ever allowed. 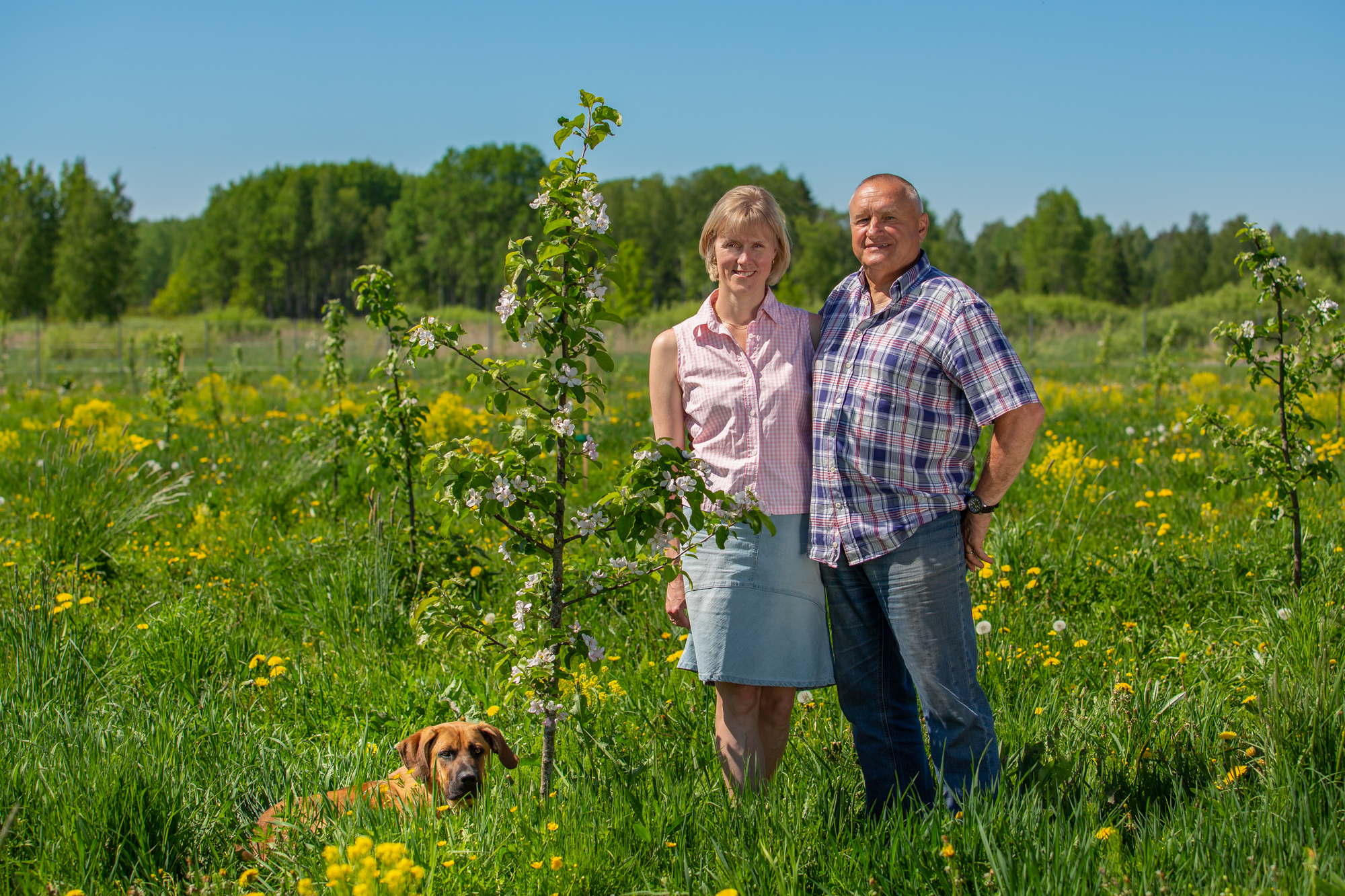 Hardi’s great-great-grandfather Gustav Jürgenstein belonged to the generation of Estonian national awakening. His life is an excellent example of the growth of a nation – having lost his father at a young age, Gustav worked his way up first as a shoemaker and finally became a respected farmer as well as a landowner in his own right. He bought Piesta Kuusikaru farmstead from the local landlord in 1868.

The successful farm was handed down to Gustav’s youngest son Voldemar whose older brothers were more focused on education, literature and journalism. The next generation to take over was Voldemar’s daughter Liina together with her husband Mihkel who was not only highly educated in agricultural management but also proved to be successful out on the field.

This success story of three generations at Piesta Kuusikaru came to a brutal end in the disastrous 1940s when the family, although escaping deportation to Siberia, was forced to leave their homestead for good.

For Hardi, the strongest memory from his childhood was the conviction of grandfather Mihkel that Estonia will eventually be free again. Since the returning of former properties in the early 1990s, it was clear that one day it will be time for a restart at Piesta Kuusikaru.

Aiming to give Piesta Kuusikaru farm a new start, we began from scratch in 2014. All former buildings had been destroyed, fields and pastures had completely overgrown and could hardly be told apart from the forest. However, there were still some elderly neighbours who remembered the orchards of Hardi’s grandmother Liina and grandfather Mihkel, thus giving us hope that apple trees may have a future here as well. 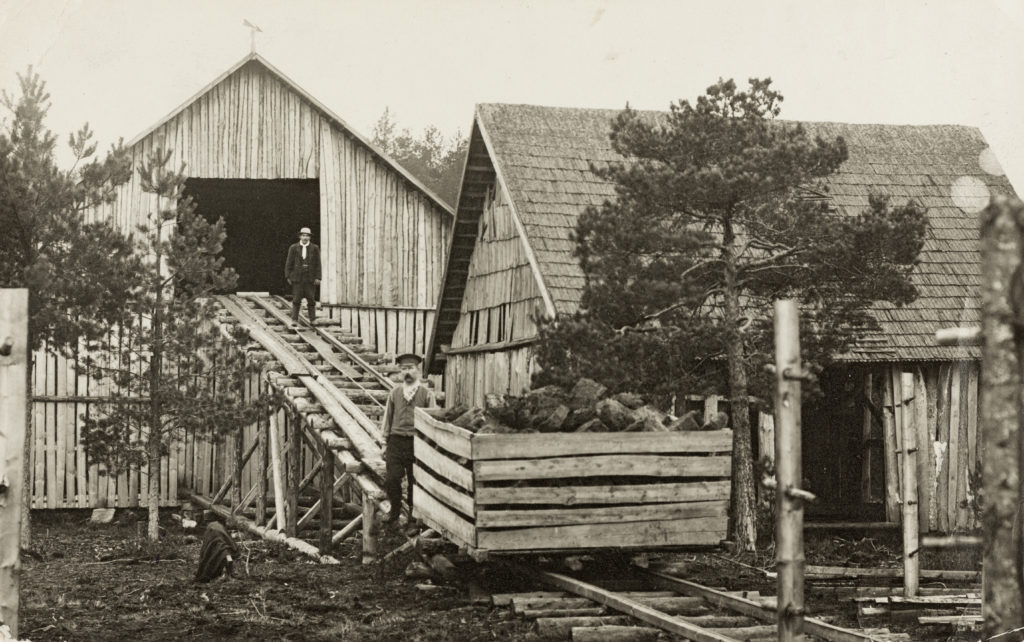 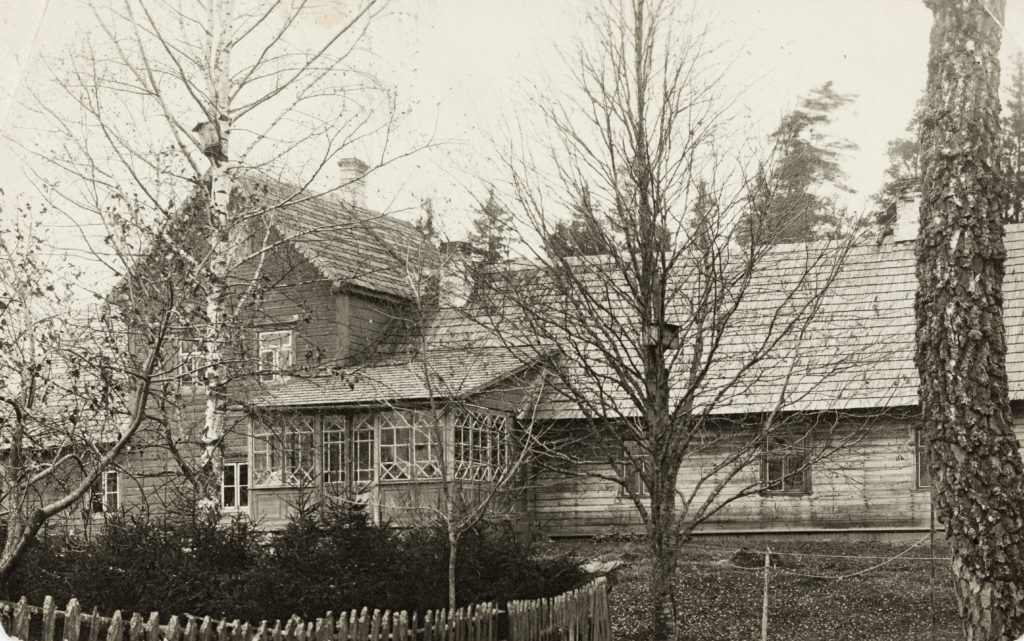 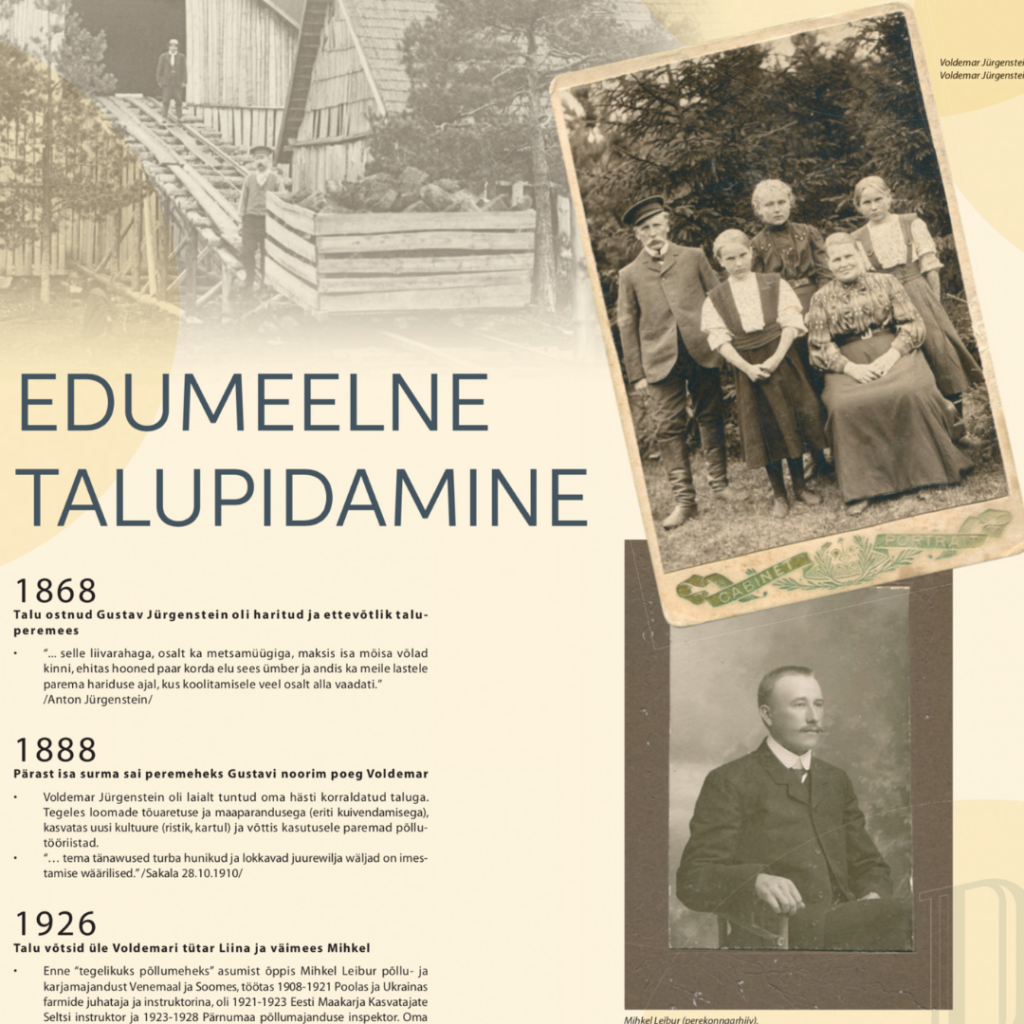